What Does the Team Think?

When you ask a panel of British comics for their opinions, the answers are bound to be side-splitting.

The Public Broadcasting System is a bastion of American cultural advancement. At a time when network TV programming was described as a "vast wasteland", PBS and its affiliates were justifiably proud of their "worthwhile" offerings. Because of its viewer support business model, PBS has to be worthwhile or it will be forced off the air. For decades, a large portion of that viewer support was based on a rather interesting precept.

Americans do not understand British Humor but they wish they did.

American comedy has an "in your face" quality which leaves the audience no doubt that they are supposed to be laughing. This is not a guarantee that they will laugh, that is left up to the talent of the comic in question. However, the exaggerated accents, the baggy pants, the ridiculous props, even the light music all serve to inform the audience that the performer is a comic. This seeming lack of subtlety harkens back to vaudeville, the "Borscht Belt" clubs, the burlesque circuit, silent and talking films, and the early radio variety program hosts (many of whom came from a vaudeville background). 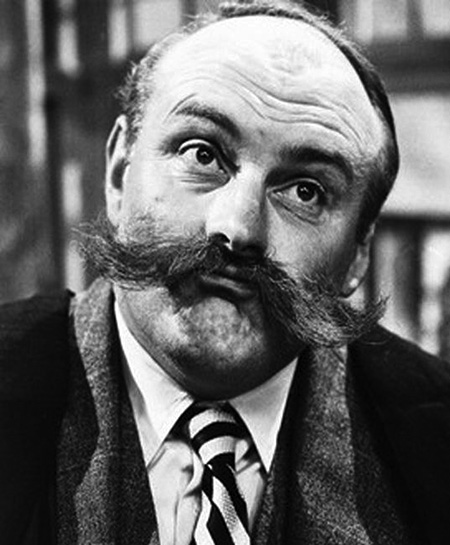 British humor, excuse us, "Humour", is decidedly deadpan in comparison. He may have just donned a bowler hat filled with slimy oatmeal and his pants may be on fire, but it is not enough to cause a British comic to unbend his stiff upper lip. An American funny-man might poke fun at the "other", but he will take great pains not to offend his audience, things his audience thinks are important, or (especially for some working in commercial radio) the sponsor. Most British Humour satirizes the absurdity of everyday life, so no topic, person, or institution is immune from being the butt of a joke.

Before British television comedy became a staple for PBS, British comics were developing their art on British radio. Unlike the commercial networks in America, the British programs were funded by the taxpayers. Therefore, a comedy which did not make people laugh was more than a bad artistic decision, it was nearly an act of treason. Of course, the British radio had an important mission to educate and inform the people. One expression of that mission was the panel debate program Any Questions? The panel was usually made up of a clergyman, a journalist, an academic, and a politician, and they would respond to questions phoned in by listeners. When the program began to broadcast in 1948, there was a rule that topics discussed in Parliament within the past two weeks would not be entertained, however, this rule was relaxed during the Suez War. Even so, the program was considered highly informative and a huge service to the British public. It was also an obvious target for satire.

"Professor" Jimmy Edwards was a rising star of British radio post-War radio and the Windmill Theatre (essentially a London burlesque hall). His trademark handlebar mustache was grown to hide the scars he earned when he was shot down over Arnhem while serving with the RAF, and his act was described as "a mixture of university lecture, RAF slang, the playing of various loud wind instruments and old-fashioned attack". Edwards came up with the idea for a send-up of Any Questions? in 1957, and What Does the Team Think? got the green light for a few episodes. It eventually ran for twenty years.

Questions for the Team were posed by the studio audience rather than by phone or post as was the case on Questions. This meant that the show was mostly unscripted, and the humor was all the more biting for its off-the-cuff nature. Guest panelists could expect a special question tailored for their particular situations in the middle of the show.

Serving a similar niche as the American program Meet the Press, Any Questions? has remained on the air since its inception. What Does the Team Think? went off the air in 1976 but was developed for a nine-episode run by Thames TV in 1982. The game was brought back to radio in 2007 and 2009.