In an attempt to recapture daytime listeners, ABC put together Flair, a variety and information program hosted by Dick Van Dyke.

Choose your CD format
or order disks individually: Add to Cart Add to wishlist
Play a sample episode from August 13, 1961:

As the Fifties turned into the Sixties, the American Broadcasting Company's Radio Network was in big trouble. Of course, all of the national radio networks were suffering thanks to increasing domination of television. ABC was a late competitor in the radio market, it was formed in the early Forties when the antitrust courts mandated the breakup of NBC's Red and Blue Networks. 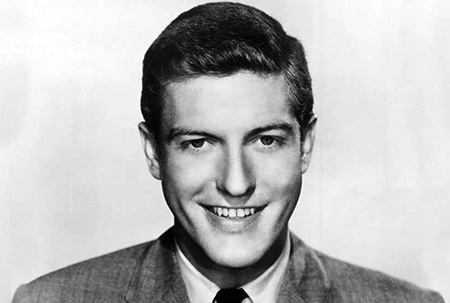 The Blue Network was always NBC's "second string" network (the Red and Blue Networks were named for a wall map in the NBC headquarters, each city with an NBC affiliate was marked with a pin, and the telephone lines which connected the stations were marked with a red or a blue string). When the Blue Network became ABC, what programming it had was of lower quality, and the new network struggled to gain popular shows.

By the Sixties, TV sets were becoming cheap enough that most households had one. Radio was almost an afterthought, something to be listened to in the car or while you were taking a shower. The housewives who used to listen to soap operas while they were elbow-deep in a sink full of dishes now positioned the family TV set within sight of the kitchen and watched their stories over one shoulder while washing (if they bothered to wash at all, TV soaps were that important).

ABC's affiliates were trying to shift to all-music formats to appeal to the local market they had left. The only shows bringing money to the network were Paul Harvey and The Breakfast Club, so the decision was made to replicate Breakfast Club as many ways as possible. These took the form of variety/information programs which were broadcast "live and lively" over the network with a news segment five minutes before the top of the hour ("live at 55"). The Breakfast Club clones disappeared within a few months, and the decision was made to mimic the format of NBC's weekend news and information program, Monitor. ABC would give their weekday listeners "Monitor with Flair!"

Flair was to be a feature-oriented 55-minute program, but the network gave in to the desires of its affiliates, the local stations were able to break the program's content into smaller blocks for hourly broadcast. The new program's biggest coup was bringing in Broadway whiz-kid Dick Van Dyke as host.

Richard Wayne Van Dyke was born rural Missouri in 1925 and grew up in a very religious household in Danville, Illinois. Seeing the joy her faith brought his mother, Dick was determined to become a minister, but a high school drama class convinced him to direct his talents elsewhere. Van Dyke dropped out of high school in 1944, his senior year, to train as a pilot with the Army Air Forces. Unfortunately, the USAAF told him he was just too skinny to fly airplanes. After several applications, he was accepted as a radio announcer with Special Services and worked to entertain troops within the Continental US. 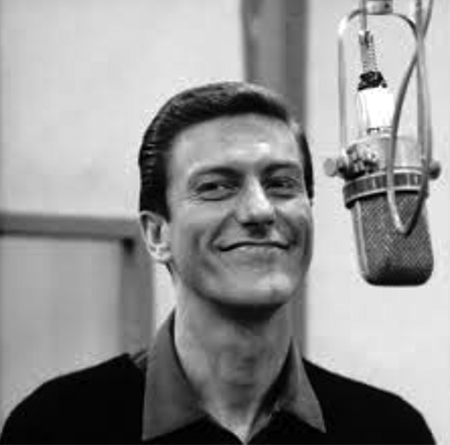 After the War, Dick worked as a disk jockey in Danville until pantomime comic Phil Erickson asked him to form a comedy duo called "Erick and Van, the Merry Mutes". They worked the nightclub circuit until they reached Atlanta where they were hired for a local TV skit and music program called "The Merry Mutes". Dick made his Broadway debut in The Girls Against the Boys (Alvin Theater, November 1959, 16 performances) but became a star in Bye Bye Birdie (Martin Beck Theatre, April 1960, 607 performances).

Dick's success in Bye Bye Birdie was nearly accidental. He later revealed in an interview that he had auditioned for a much smaller part because he had no dancing training. After the audition song, he shuffled off the stage with an impromptu soft-shoe dance. Director Gower Champion told Van Dyke that the lead role was his. "But I don't dance", he protested; "We'll teach you", Champion replied.

Van Dyke would go on to star in the film version of Bye Bye Birdie (1963, Columbia Pictures), which he would follow up by appearing opposite Julie Andrews in Mary Poppins (1964, Disney). In the meantime, he was hosting Flair for ABC and AFRTS. Additionally, Dick was playing TV writer Rob Petrie on CBS TV's The Dick Van Dyke Show (1961-1966, 158 episodes). The TV show and the film projects helped to raise the popularity of Flair, which still found its greatest audience on AFRTS.

Walt Disney considered Dick a close friend after calling him concerning an interview where Van Dyke decried the trend toward sex and violence in family entertainment. However, Disney and Van Dyke disagreed whole-heartedly on politic, Dick has always considered himself a "New Deal Democrat".

A Star on the Hollywood Walk of Fame at 7021 Hollywood Blvd was dedicated in 1993 honoring Dick Van Dyke's contributions to Television. When the Star was revealed, his name was misspelled VANDYKE. Dick took a pen from his pocket and drew a slash between the N and D. Soon afterward, the Hollywood Chamber of Commerce had the mistake corrected.