Silent films star David Torrence began his film career at the age of 50 after leaving his native Scotland to become a cowboy in California.

Silent film star David Torrence was nearly 50 when he left Edinburgh, Scotland, so that he could become a cowboy in California. There wasn't much call for fifty-year-old Scottish cowboys in California in 1911, but the early film industry was just beginning to open up, and Torrence was in the right place at the right time. 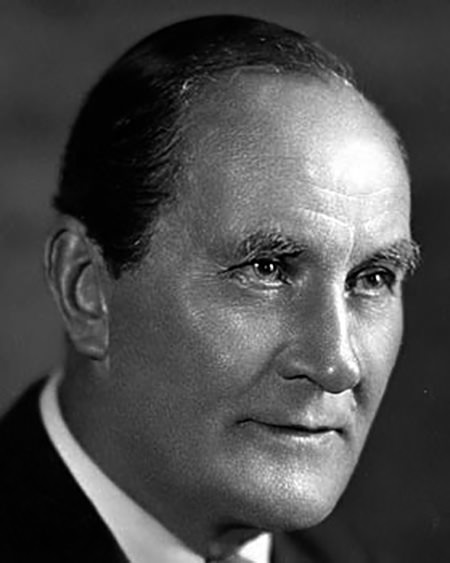 Possibly anywhere felt like the right place to be after leaving a household of eleven kids in Edinburgh (David was the second oldest). When he realized how far a little bit of talent would go in the American entertainment industry, he sent word to his younger brother, Ernest. As a child, Ernest had proven himself to be an excellent musician and had received a scholarship to the Royal Academy of Music. When Ernest was able to join his brother in the United States, he focused his full attention on acting, both on Broadway and in Hollywood.

Both brothers did well in silent pictures and easily made the transition to talkies, David often playing the part of a distinguished gentleman while Ernest did well in character roles. The younger Torrance played a very convincing Moriarty opposite Clive Brook in the first sound version of Sherlock Holmes (1932).

After completing I Cover the Waterfront (1933) with Claudette Colbert, Ernest decided to return to Scotland. Soon after his ship left New York, he suffered an attack of gallstones and the liner was forced to return to port so he could receive medical attention. He died suddenly after surgery.

Although David was still called upon to play prestigious characters like bankers and politicians, the roles continually got smaller until he was willing to do small, uncredited roles. In all, he appeared in 104 films.

A Star on the Hollywood Walk of Fame at 6564 Hollywood Blvd honors David Torrence's contributions to Motion Pictures. At 6801 Hollywood Blvd is a Star honoring his younger brother, Ernest Torrence.