By the end of the Golden Age of Radio, computers had begun to enter the popular imagination largely through the descriptions from Science Fiction.

Choose your CD format
or order disks individually: Add to Cart Add to wishlist
Play a sample episode from April 24, 1957:

"X Minus One: Mans Best Friend" 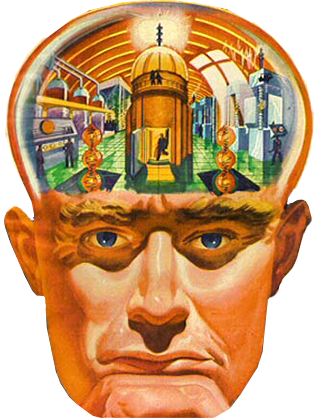 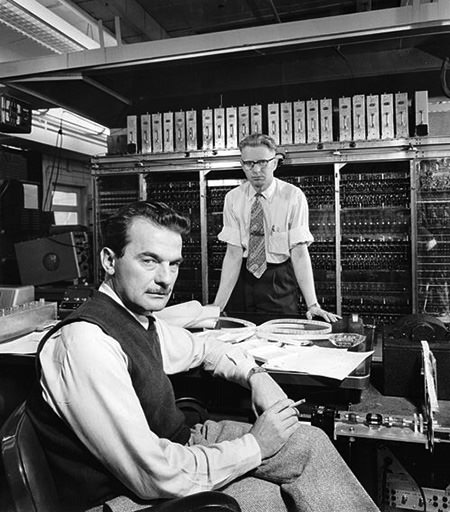 Computers have become such an important and everyday part of our world it is hard to imagine life without them. Many of us believed it was just a passing phase when personal computers first began to enter our homes, schools, and businesses, but understanding how to work with computers has become as important as reading and writing for interacting with the modern world. Computers entertain us in various ways, from tuning our TV's and radios to playing games. They cook our food by controlling our microwave ovens (there are even modern refrigerators with Internet interfaces). Our telephone systems, both cellular and landline service, would be crippled without powerful computers directing the calls. National defense depends upon countless computers, not only to monitor threats and control weapons systems but more importantly to manage force logistics and the personnel and medical records of the service people who answer the call. Modern business takes pace not only on computers but across the massive World Wide Web network.

By the end of the Golden Age of Radio, computers had begun to enter the popular imagination largely through the descriptions from Science Fiction. Actual computers of the period were similar to those of fiction, in that they were huge, incredibly complex devices, often the size of an entire office although they might not have as much computing power as a modern microwave oven. Today, it is common to carry a computer nearly as powerful as the monsters from Sci-Fi in our pockets in the form of a smartphone. Most smartphones and personal computers are now connected to the Internet, which depends on the massive amounts of memory storage made possible by huge server farms, essentially warehouses located around the world filled with interconnected computers called servers. These servers are connected to the Internet and the information they store is available to any other computer with access. 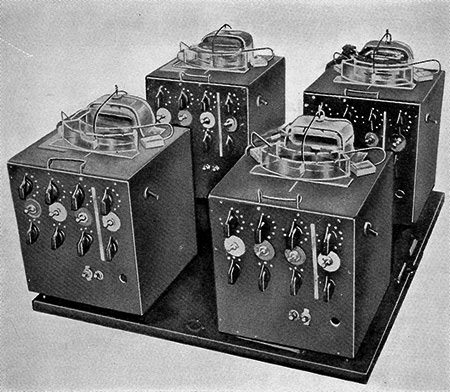 The computers of science fiction often took the form of mechanical or electronic brains. These devices had to be huge and intimidating mimic the capabilities and complexity of the human brain. Like the human brain, these computers could be perverted to do evil, either by internal corruption or the nefarious intentions of the men who controlled them. Commander Corry of Space Patrol saw this corruption first hand when the computer which controls the United Earth Economy is attacked by a commercial computer on Venus. Naturally, X Minus One put a good deal of air time toward exploring the relationship between man and mechanical brains, questioning whether a computer could be a closer friend than your own mother, whether computers were plotting to take over the world, or if they already had without our noticing.

Many of the earliest examples of modern programmable computers had military applications. The US Navy developed an electromechanical computer which was small enough to be placed in the control room of a submarine called a Torpedo Data Computer used for targeting a torpedo on a moving target. This was the sort of device our agents were trying to recover the May 20, 1953, broadcast of Dangerous Assignment. It was the huge codebreaking computers that the British developed for codebreaking which became the model for Sci Fi's electronic brains. The Mutual Network's radiotold us stories about "The Thinking Machine", an amateur built computer that could predict stock market movement, and "The Last Smash", about a super computer controlling complex atomic experiments which suddenly could not do basic arithmetic. 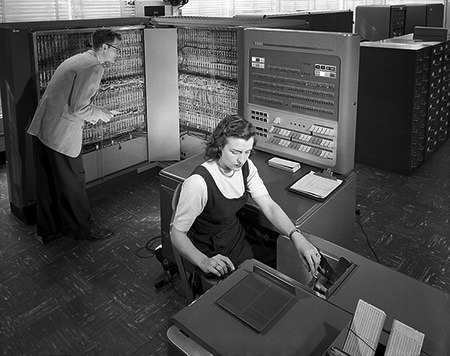 On Light's Out we explore "The Pathetic Fallacy" when a huge computer gets its feelings hurt when one of its creators says out loud that it is only a machine and cannot think or love. One of the unseen dangers of mechanical minds is that they can do a normal person's work, as we see on Theater Five when "Charlie, The Beautiful Machine" learns who is his real boss. In another episode, "Subject Number 428A", we learn what can happen when computers become so advanced that they can know more about us than we know ourselves, to the point of mankind losing his free will. Stars Over Hollywood predicts the rise of computer dating services in "The Perfect Mate" and on Thanksgiving Day, 1968, The Breakfast Club from Chicago presents a computer playing and singing "Daisy, Daisy" with no instruments or human voices. Ironically, this is the same song sung by HAL the computer in 2001: A Space Odyssey which was released the same year.

See also: Tales of the Brain in Old Time Radio.