Who says the Mysteries of the Season shouldn't make your hair stand on end?

Choose your CD format
or order disks individually: Add to Cart Add to wishlist
Play a sample episode from December 24, 1950: 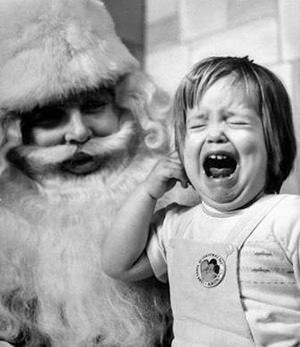 Christmas itself is filled with mystery. Most of the mysteries have happy and wonderful ends, but then again, some of these mysteries don't come from the usual Christmas sources. Not all surround the Holy birth, or even about the guy in the red suit. Some Christmas mysteries come from the minds the evil geniuses that created some of radios best thrillers.

We have included Christmas related episodes from Suspense and Escape, one of the longest running and most thrilling of all radio series. A few of the other episodes included in the collection:

In The American Weekly Magazine insert to the Hearst Newspapers, "The Christmas Ghost", superstitious sailors, Parson dies afloat, and promises to come back on the next Christmas eve... does he?

Scott Bishop's Dark Fantasy "House of Bread" A man in Los Angeles hears a voice, the voice of a man called Word, who tell him he must seek the House of Bread. With his wife he travels East in his quest, across continents and oceans. In Hebrew, "Beth" means house, and the word for bread is "lehem".

The Whistler. "Three Wise Guys", a trio of hoods set out from a bar on Broadway to retrieve the loot that one of the company has hidden under the floor of a barn in Pennsylvania. When they get to the barn, they find a young woman about to give birth, although her husband, Joseph, is in jail, having taken the rap for the robbery that the loot came from.

The Whistler. "Christmas Bonus", Mike had some bad breaks when he was younger, and he did time, but now he has gone straight and gotten married to a wonderful girl and found a good job. But it all falls apart when there is a theft at the store on Christmas Eve...

Lights Out! It is Christmas of 1918 in France after the Great War is over. Three officers find themselves on a leave-train, an ANZAC, a Frenchman, and a Black American. But have they met before? Many years ago, under a star in the East?

The Mysterious Traveler. Down on his luck, Steve helps young Paul who grew up in Alaska drive across the country to see his dying Grandfather. When Paul dies in an accident, he takes the young man's identity to fool the old man. Can he maintain the disguise?

Who says the Mysteries of the Season shouldn't make your hair stand on end? See also: Christmas in Suspense!