Band of the AAF Training Command

Presented by Uncle Sam and directed by Captain Glenn Miller.

Choose your CD format
or order disks individually: Add to Cart Add to wishlist
Play a sample episode from February 12, 1944: 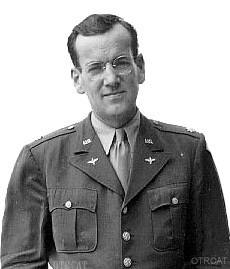 "The Band of the AAF Training Command", Presented by Uncle Sam and directed by Captain Glenn Miller.

While at the peak of his musical career, and enjoying enviable commercial success, Glenn Miller decided to join the war effort in 1942. Having been told that the Navy didn't need his services, he persuaded the Army to accept him. His mission, in his own words, was to "be placed in charge of a modernized Army Band." Miller was transferred to the Army Air Force, and initially served as Assistant Special Services Officer of the AAF South East Training Center in Montgomery Alabama.

"The Band of the Training Command" is better known as the Glenn Miller Army Air Forces Orchestra. The massive AAF Orchestra was built around an enlarged dance band with a 21 member string section. During it's time, the AAF Band gave more than 300 were personal appearance performances, and made nearly 500 radio broadcasts to the troops and civilian listeners. Of Miller's Military career, General Jimmy Doolittle has said "Next to a letter from home, that organization was the greatest morale builder in the European Theater of Operations."

In December of 1944, Captain Miller was preparing a European Tour for his band. On December 15th he boarded a flight to Paris to make arrangements for the band to follow. His single engine plane disappeared over the English Channel. Captain Miller's status is "Missing in Action." This collection contains 3 rare recordings known to be in existence of this rare musical broadcast series. For more Glenn Miller, see also: Glenn Miller Collection and Chestfield Show (Moonlight Serenade).