Whether or not Assassination is a legitimate tool of statecraft, it is still murder.

Choose your CD format
or order disks individually: Add to Cart Add to wishlist
Play a sample episode from December 08, 1953:

Deliberately taking the life of another is among the most heinous crimes imaginable. As ugly as murder can be, it pales when the homicide takes the life of an important or prominent person. In a usual killing, the deceased and their family are the victims of the crime. With the murder of a prominent public figure, the pool of victims includes all whom he served.

Assassination has been seen as a tool of statecraft. Perhaps, it might be argued, that the death of a single leader might prevent a nation from going to war which will bring untold suffering and death to the people. However, the opposite result often occurs when the assassinated victim is held up as a martyr for their cause. 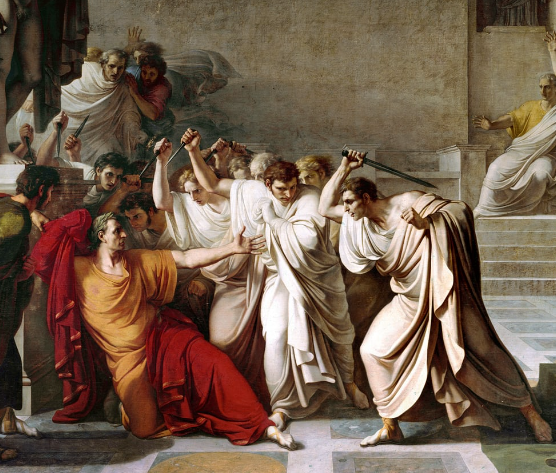 The term "assassin" comes from the name of a secretive, nearly mythical sect of Persian Shiite Muslims that developed in the eighth century. The Hashshashin were believed to have used arcane ceremonies and massive amounts of the drug hashish to secretly whip themselves into a state of religious ecstasy that would allow them to make a perfect kill against their target. Not expecting to survive their mission, the Hashshashin were indoctrinated with visions of an incredible heavenly reward for their service.

The practice of assassination as a tool of statecraft predates the Hashshashin. There were several examples cited in the Old Testament. In modern times, assassination has become an instrument of terrorism as well as a political tool. Often, an assassin might work without the support or authorization of a government. If they can reach their target, they have proven not only their own dedication and power but will have shown the security of the victimized state to be an illusion, thereby sowing terror in the citizenry.

You Are There, April 24, 1949, "The Assassination of Julius Caesar". The News team reports from the Senate in ancient Rome on the famous Ides of March. Julius Caesar, the popular military figure who has taken leadership of the Republic had not planned to attend the session as he was preparing for another military expedition. Caesar is killed by a group of Senators, many of whom were close to the General, to keep him from becoming a tyrant.

Rocky Jordan, September 10, 1950, "Trail of the Assassin". A frightened and desperate American is hiding in the Café Tambourine. When Jordan tries to convince him that there is nothing to be frightened of, he breaks away into the alley where an orange-handled dagger winds up in his back. 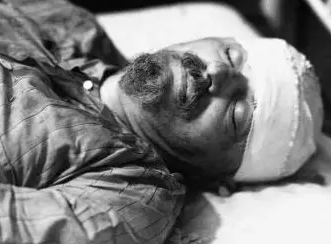 Crime Classics, June 8, 1954, "The Assassination of Leon Trotsky". Follow the rise of Comrade Trotsky, his espousal of world terror in service of revolution, and his falling out with Stalin. The show also follows the path of a man with an ice ax who will fatally encounter Trotsky in Mexico City.

Barrie Craig, Confidential Investigator, November 21, 1954, "The Sneak Assassin". Jarvis, a partner in a Florida hotel cashed out of his business after marrying a showgirl and then went missing. Craig, sure that Jarvis is dead, hits up several of the 'usual suspects', and eventually discovers a hobo wearing Jarvis's clothes. Now Craig has the bait for a subtle trap.