Choose your CD format
or order disks individually: Add to Cart Add to wishlist
Play a sample episode from May 23, 1941:

"Charles Lindbergh Speaks Against US Entry into Second World War" America First Committee Broadcasts showcased the public figures of the day advocating or denouncing the issues that were in the public eye of the day. These were people of solid reputation and note that shared with the American radio public their mindset opinions or perspectives on intended legislation or happenings in the country. Entertainment was a major fixation for radio, but so was staying informed. "Defend America first symbolizes American safety" was the motto of this program. Let us look at a couple of the programs.

Congressman James E VanZandt of Pennsylvania narrated this episode where he visited veterans of WWI. The program was focusing on seeking to gain public sentiment to focusing on America first and not to be getting involved into foreign conflicts. Congressman VanZandt monologues the Libertarian perspective of isolating the country from any "fights" that would place american service people in harm's way. Then he moves on to interview veterans about their view on being involved again in Europe and the approaching conflict. Obviously the Congressman was given a list of which veterans to actually speak to on air, but he did ask his questions in a fair fashion.

Senator David Walsh spoke on what it means to participate in war. The show opened with the narrator advocating building a strong America by defending America first. 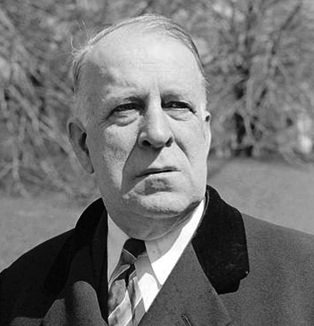 Their belief was that the country should stay out of foreign conflicts. The Massachusetts Senator seconded that sentiment by counselling the radio public that America should stay out of the European fight. He was adamant this country had no business or need to enter into any fight that did not involve a direct attack on America.

Famous aviator Charles Lindbergh spoke on America's neutrality in a time of war. This program, that presented Lindbergh addressing an America First crowd at Madison Square Gardens, addressed the need for America to stay out of any conflicts that did not directly affect the nation.

As was the fashion of many of the Libertarian philosophies, Lindbergh professed a position that America was a nation that had to stay independent by not following the dictates of other countries and stay away from the oversea battles.

As is noted, America First Committee addressed the autonomous mentality for the nation. Such was the proclamation of the various episodes and stood to encourage listeners to stay in contact with their legislative leaders to stay out of foreign wars.