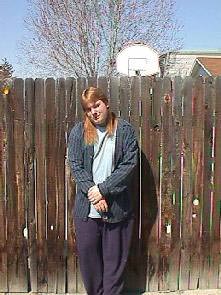 I am 32 years old. I grew up in the 70's & 80's and my father (who is now 68) would always try to get me to listen to old reel-to-reels and 8 track tapes that he'd recorded. Some of them were from when he was stationed to Germany in the 60's. He had shows like The Green Hornet, Lux Radio Theater and Sherlock Holmes. He especially wanted me to listen to the Lux Radio presentation of The Maltese Falcon. Since I was a rebellious teenager in the 80's, I was more interested in Heavy Metal and Rock music. It's now that I'm out on my own that I understand the true genius of Old-Time Radio shows. I married 8 years ago, and have since been diagnosed with several mental illnesses. I am unable to leave my house very often due to anxiety. My wife bought me a XM satellite radio for my upcoming birthday because I like listening to talk radio. When she found out that there was an old-time radio station she was very pleased. She used to listen to it all the time on a local am station at night. The show was called "When Radio Was". I told her that I wouldn't be listening to anything like that with MY radio.

One night while I was by myself, (My wife works the graveyard shift) there was nothing on that I wanted to listen to and nothing on TV. I was channel surfing on the radio and landed on an episode of I Was a Communist for the FBI. I thought the portrayal of how people truly acted during the "red scare" was hilarious. That show was followed by an episode of Richard Diamond. I loved the film noir feel of it. After that I was hooked. I really love the way that radio shows are a very personal experience because you have to use your imagination to "see" what's going on. I don't really watch TV anymore. I have become an old-time radio junky. I suppose there are worse things in the world I could be. My favorite shows are the detective shows and crime dramas, such as Richard Diamond, Pat Novak, Dragnet, Boston Blackie and of course, I was a Communist for the FBI. And my wife's favorite shows are Suspense, X-1 and Phillip Marlowe.

Yours Truly, no not Johnny Dollar,