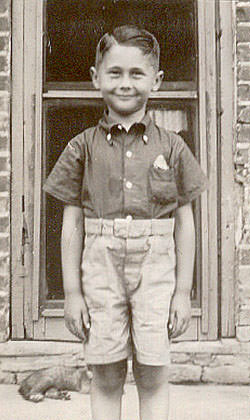 I was a child of the Great Depression. It was a tough time for parents but, for youthful armchair adventurers, it was a Golden Age, before Television, when imagination and a need for escape were satisfied by the magic delights of radio. Old-time radio has often been called a "theatre of the mind." Small wonder that many of the programs I remember best involved tales of atmospheric fantasy introduced by the spooky voices of narrator hosts riding phantom trains or lurking behind creaking doors. Of all the chiller shows haunting the airwaves, my favorite at the time was The Hermit's Cave, broadcast weekly at a suitably late hour. After all these years I can still hear the Hermit's cackling laughter when he promised us ghost stories and weird stories and urged us to "Turnnnn out your lights!" 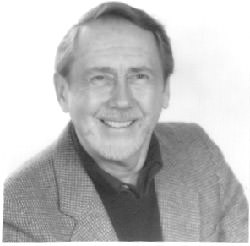 Turn out our lights we did, and listened to the Hermit's yarns by the pale glow of a radio dial. Even his story titles promised delicious thrills: The House on Lost Lands Bluff. Mystery of the Strange Thing. and The Crimson Hand. Who could resist?

As adults it may not be possible to fully regain that state of innocence that once held us mesmerized in the dark. Even so, the Hermit's introductions hold up well and his yarns are still delicious fun. On a personal note I must confess that what made his show a must for me was the old boy's time slot. At 10 p.m. on a Sunday evening the Hermit's tall tales formed the weekend's last entertaining bulwark against the menace of the oncoming school day. For that I shall always remain grateful.

Be the first to comment on "Old Time Radio Memory: Don Hutchison: Remembering The Hermit's Cave"