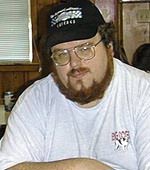 Long -Playing Records and Long-Term LoveI first discovered OTR thanks to LP collections produced by Murray Hill Records. In the late 1970's, when I was about eight years old, my dad received catalogs from a mail-order bookseller which included a page of Murray Hill records. Whenever Dad placed a book order, he'd let me pick out some stuff, too. Over time I got recordings of Superman, and The Green Hornet, all of which appealed to my comic-book fanboy sensibilities. I listened to those records until I knew every word by heart. 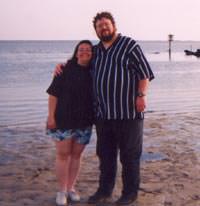 For himself, Dad got Amos & Andy and The Marx Brothers. I was surprised to find that I enjoyed these comedies as much as, if not more than, my superheroes. I didn't get all the references - one of the Lums had the old fellers visiting Truman's inauguration and I had only a vague notion that Truman had once been president - but the humor still held up. Groucho Marx constantly interrupting Tallulah Bankhead with promos for a fictitious product named Plebo is still one of the funniest things I've ever heard. I stole a line from it ("Return the unused portion of the product, and we'll return the unused portion of your money") and suggested my dad use that slogan for his business. To this day, he still tells that joke to his friends and gives me credit for it.

For a long time, I had little contact with OTR . . . until I fell in love with an OTR fan. She introduced me to the mystery shows she loved, shows such as Suspense, Lights Out, and Inner Sanctum. I discovered that there was a "grown up" side to OTR. We made lots of new friends and found that the range of OTR programming was unlimited.